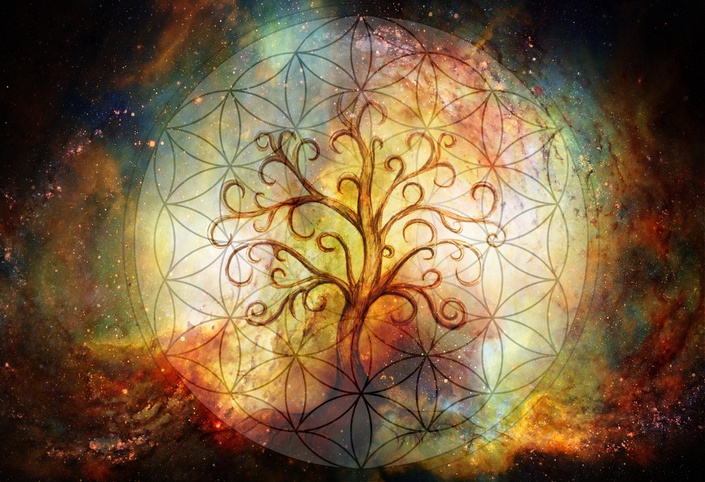 This course is the second required course for the 2021 Certificate Program In Nonviolence Studies. It runs from July 21-September 8.

To register for the Certificate Program, go here.


This course will explore the intersections between critical feminist thinking and the framework of nonviolence, especially through the call for alternate cosmologies, narratives and imaginaries. In order to shift away from systems that function through violence, we will look at the common ground of systemic violences, in this case, patriarchy, racism and colonialism/imperialism. The course will point out how power, understood as a form of domination, undergirds systemic violence and how it is resisted and reconceptualized through the frameworks of both feminism and nonviolence. And we will look at alternate ways in which power is understood, as well as alternate forms of community, inter-relationships and politics, both historical and utopian, that women especially have produced or imagined. The question we will explore for this course— through theoretical and literary works, as well as myths, music and films—is whether feminist calls for alternate cosmologies are based on a different relationship with the self, with others, and the world, and what difference such an understanding makes—without essentializing the marker, “woman”? How does that understanding affect the markers of “masculinity” and gender more broadly and, why is it important that “men” also understand these logics? Why is it necessary that alternate, often marginalized, cosmologies should now be foregrounded and the mechanisms of its marginalization understood? How are these mechanisms of marginalization interconnected with systemic racism? Finally, we will also explore pragmatic ways in which change can be instigated, or is already underway, through research projects where students will connect the theoretical frameworks, historical contexts and alternate imaginaries with contemporary nonviolent resistance movements and/or their own activism, work and aspirations.

This course is in total eight weeks long (seven weeks of study plus one extra week of project exploration). In addition to course readings and videos, we will meet on Wednesdays from 5-6:30 PM PST and on Saturdays from 10-11:30 am.

This is largely a discussion-based course so attending in-person (on Zoom) meetings is very important.

A short video interview with Safoora Arbab about this course 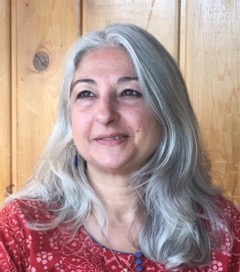 I am an independent scholar and educator, and my work focuses on exploring the many meanings of nonviolence. I obtained my doctoral degree from the Department of Comparative Literature at the University of California, Los Angeles, where I also taught classes on the literature of nonviolence. I am currently working on my book manuscript, “The Ecstasy and Anarchy of Nonviolence: The Khudai Khidmatgar Resistance in the North-West Frontier of British India,” that reads the Pashto literature of a popular, nonviolent movement led by Abdul Ghaffar Khan, also known as the Frontier Gandhi and Bacha Khan. In my book manuscript, I especially focus on the women poets who engaged in a spirited literary resistance but who have been historically silenced even more deeply than has this unique nonviolent movement. Therefore, I also look at systemic, structural, and physical forms of violence that produce such silences and invisiblize resistance. I do this work not only for academic reasons but to understand the multivalent forms and ambitious scope of nonviolence so that I can both resist and find ways to change the given system. More importantly, I want to learn how we can create alternate cosmologies and transform ourselves, because, I strongly believe, that inner or self-transformation and outer or world transformation are part of the same process.

“It is the latter sense of nonviolence, as an ecstatic awakening to the truth, or as mystical enlightenment, that creates the paradox of an enlightened nonviolent warrior…”

~Safoora Arbab, “The Ecstasy and Anarchy of Nonviolence: The Khudai Khidmatgar Resistance in the North-West Frontier of British India” (Ph.D. Dissertation)

A Path of Self-Discovery

“At one level, feminism becomes the means for the decolonization of the divine.”

“In response to the objection that a position in favor of nonviolence is simply unrealistic, this argument requires a critique of what counts as reality, and it affirms the power and necessity of counter-realism in times like these. Perhaps nonviolence requires a certain leave-taking from reality as it is currently constituted, laying open the possibilities that belong to a newer political imaginary.”

Judith Butler, The Force of Nonviolence

“Most sustainable cultures, in all their diversity, view the earth as terra mater (mother earth). they gratefully receive nature’s gifts and return the debt through ecologically sustainable lifestyles and earth-centered cosmologies. The colonial construct of the passivity of the earth and the consequent creation of the colonial category of terra nullis (empty-land), served two purposes: it denied the existence of prior rights of original inhabitants and it obscured the regenerative capacity and processes of the earth.”

“The [feminist] strike also exceeds and integrates the labor question because we are striking against the structures and the mandates that make capital’s valorizations possible…The mandates respond to the very imbrication of patriarchy, colonialism, and capitalism. Elements considered to be “noneconomic” are key to feminist economics as an expanded and radical critique of the patriarchal notion of the ‘economy.’” (16)

Veronica Gago, Feminist International: How to Change Everything

This course is closed for enrollment.